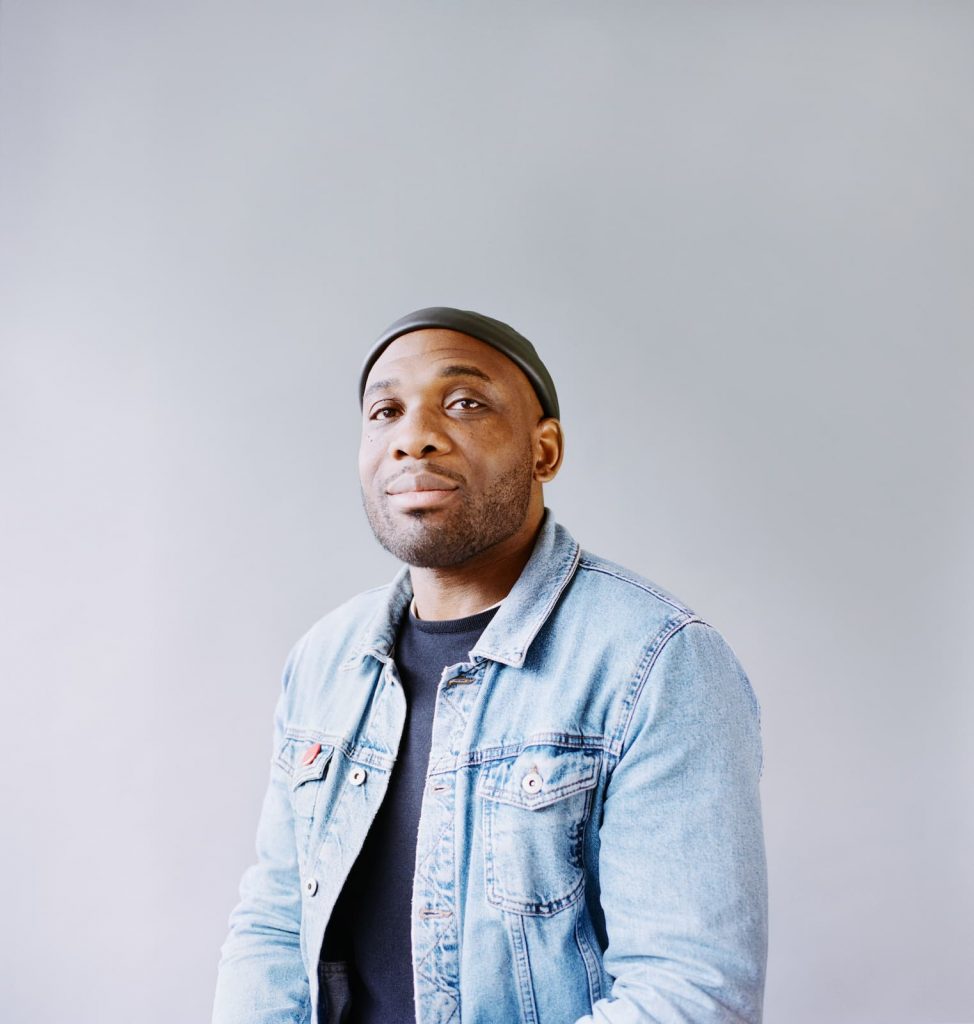 Ben Lindsay is author of We Need To Talk About Race and founder of Power The Fight, a charity that trains and empowers communities to end youth violence. Recognised in the Evening Standard’s Progress 1000 as one of London’s most influential people for 2018, Ben has spent over 20 years working as a trainer and facilitator with high risk young people in the field of gangs and serious youth violence. Frustrated with the system, and the deaths of two young people Ben knew – Myron and Leonardo, Ben started Power The Fight in 2019.

With knife crime at its highest level on record, with around 46,000 offences by the end of March 2020 in England and Wales, and the victims of knife crime getting younger, Ben is working to change the system with a holistic approach. Sitting on the Mayor of London’s Violence Reduction Unit and on the cross party Youth Violence Commission, Ben is campaigning the government and policy makers to recognise and treat violence as a public health issue – as a disease – and not simply a criminal justice issue.

We spoke to Ben about his work on Power The Fight, why educating and empowering communities is the answer to the issue of youth violence in the UK and the role that we each play in helping to end youth violence.

What is your background? Was there a moment you knew you had to start Power The Fight?

For the last 20 years I have worked with the Youth Offending Service, Community Safety Teams,  families and mental health charities. In April 2016, a young person called Myron was killed in New Cross. I’d known Myron’s family since Myron was one, and while unfortunately I had seen young people lose their lives before as part of the work I’d done, this was the closest person to me who had been killed. Because of my experience I very quickly became a wrap around service to the family. I was able to connect police officers on a local and regional level to help the case along, my church provided financial support. I was in touch with the local MP, we were able to take the case to parliament to get the family re-housed. I helped with funeral arrangements, signposting and legal support. This wasn’t through an organisation, it was just me using my networks. At Myron’s funeral his friend Leonardo who was aged perhaps 15 or 16 gave a eulogy. Five months later Leonardo was murdered in Peckham. What followed was a kind of deep, crazy, collective trauma among young people and families in New Cross. A fire went off inside me.

After the murders of Myron and Leonardo I got really frustrated. There had to be a more effective way to tackle this issue than the short term fixes where money was thrown into individual projects in a non-joined up, scattergun approach. There needed to be a more systemic, long term solution. I started wondering how we could do that. I realised it required a holistic approach. Everybody in the community and everyone in society, whether we know it or not can play a role in trying to reverse the tide of youth violence.

Where did the name Power The Fight come from?

I was thinking about the word fight and the old Public Enemy song Fight the Power. I was tired of fighting the power of evil that is taking young people’s lives. I was praying one day and thought – the word fight shouldn’t be only used as a negative, we fight against injustice, inequality – how you empower a situation can determine whether it’ll work out in your favour. So that’s how Power The Fight came into existence.

Power The Fight aims to be the conduit between the community and policy makers. How do you go about that?

What I wanted to do was to be very clear, in trying to be the conduit and the link between work that happens on the ground – mentoring, pastoral care, youth work, youth clubs – but also have a platform to reach the decision makers, funders, policy makers and government. Not many people can straddle both worlds. I think I’m unique in that way. I was already sitting on independent advisory groups, like Sadiq Khan’s Violence Reduction Unit, so we already had those links.

So what form does that work take?

We do four things:

1. Equip anyone who is front facing with this issue with training. So whether that’s parents, young people, NHS, police officers, we talk you through what you need. It might be delivering parenting workshops, education workshops around county lines, trauma, violence against women and young girls, conversations around race and young people, raising young people.  We’ve trained around 10,000 people since 2019.

2. Power talks. I want to share a lot of people’s voices, so I approach people who are innovators, people I know who happen to be best practitioners across the country, to talk about best practice in their area of expertise. We package it up as power talks.

3. We offer therapeutic, financial and legal support to families affected by this issue. We have supported 16 families since January 2019.

4. We created the Therapeutic Intervention for Peace (TIP) report. It investigates the lack of cultural competency in existing therapy, which ends up being barriers for front line families, particularly of colour, young people and practitioners, to access therapy for their trauma. We created a model that we believe is something that will help different families who wouldn’t normally get those services. We’re now piloting this in a school in Lewisham.

Can you tell us more about the Therapeutic Intervention for Peace  report?

First of all it’s very important to make it clear that youth violence is not a Black or Brown issue. I do believe that In a London context, it disproportionately affects Black and Brown communities.

The families of colour I have worked with wouldn’t access therapy, because they were faced with white middle class therapists who they felt wouldn’t understand them, or who looked like the people in authority who they didn’t get on with – judges, police, teachers – or because they feared criminalisation, or because they simply didn’t meet the thresholds which these organisations needed to engage. Those things stuck with me.

While creating the TIP report we surveyed young people, families affected by violence and practitioners and found there was a lack of cultural competence in therapeutic services. Barriers to entry for those people.

How did you go about creating a new model of therapy that would work?

The ability to network and connect is a skill that hasn’t always been valued.

I’m very interested in how to connect people. I’ve got a big variety of people on the Power The Fight board.

It’s my fundamental belief that youth violence is a societal problem. Everybody needs to be involved – from business people, to my mates, ex work colleagues, – I want many different perspectives involved. It can be a headache, when everyone wants to say something, but for me it’s always been about networking. Fortunately this is a cause that people are happy to get involved in and help. Why wouldn’t you want to get involved in this, save lives, build cohesion, offer hope and optimism, bring different people together?

There is so much work to be done and there’s only one of you.How do you manage your time and do you deliver all the training?

Off the back of George Flloyd I’ve been doing a lot of diversity and inclusion training but it’s not just about me, but it’s been a busy time. Even with therapeutic services, I’ve set it up, I have funding conversations but don’t deliver it, have teams to deliver that. I have to keep it sustainable.

As we’ve heard, your background is in youth work rather than marketing or branding. Please tell us how you approached creating the Power The Fight brand.

When I originally set Power The Fight  up I wanted to change the ways charities are looked at. They all looked the same to me, kind of boring. I attacked Power The Fight as a brand. I approached it as if we were launching Nike. I needed to go long term. I knew it needed a clear design and a recognisable logo so people knew what it stands for, that would be hopeful and that we could put on jumpers and t-shirts.  We worked really hard on the brand, I’ve got a great advisory board and asked people for honest feedback.

I wanted the website design to look slick, but not too slick that people think we have loads of money, to strike the right tone. I also wanted some mystery to it: yes we have a tagline, but there’s also other stuff that we do too.

We don’t say we’re a racial justice charity, but because I’m a black man leading it by proxy people assume that’s what it is. The truth is we do so much work, and we all need to fight to end systemic racism. 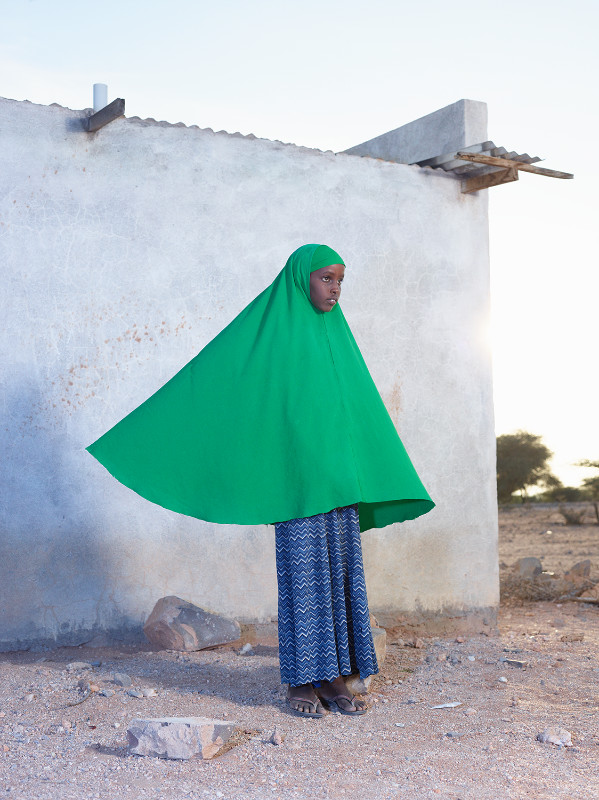 Felicity McCabe: On memory, time and the fragility of our environment 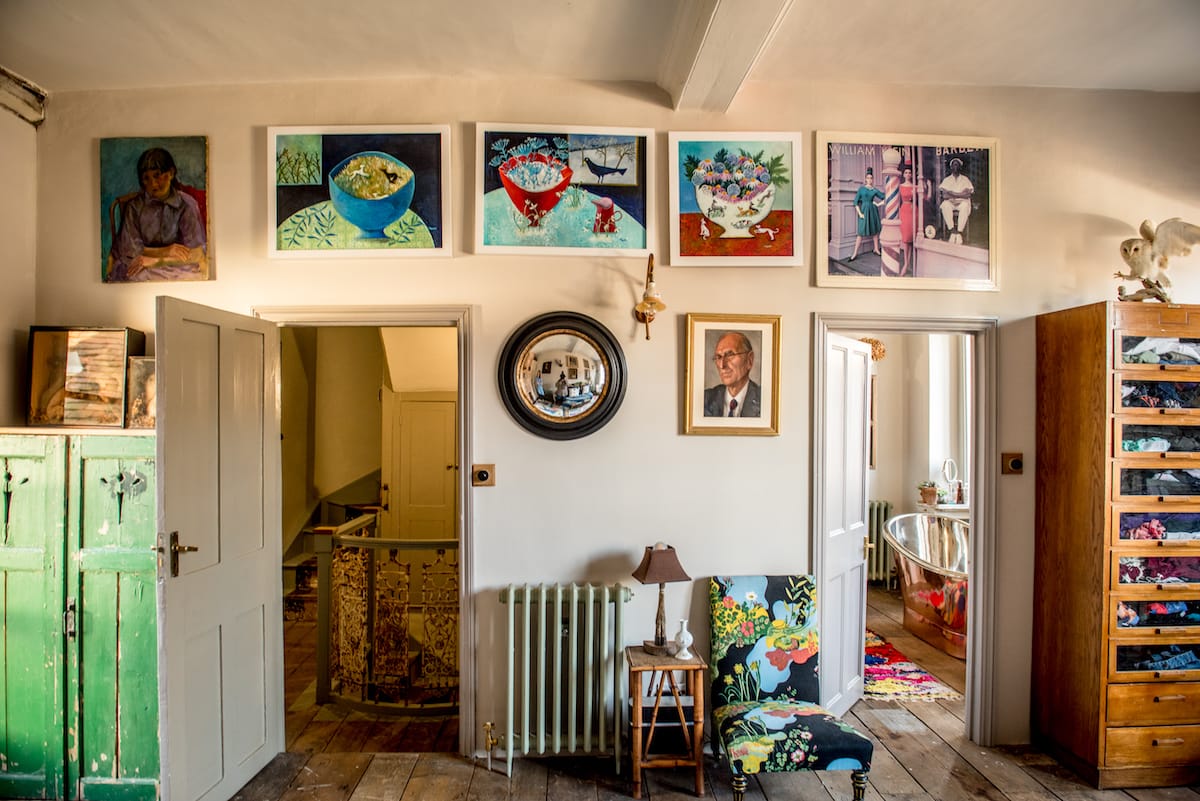 The interior story behind The Home Page

Studio Luxmore is a London based strategic marketing agency